Taking Personal Loan to help a friend ? How it can impact your financial life ?

“Friendship is Forever” – One of the best relationships in this world is Friendship . You are close to your friends  more than your relatives or in some cases even family members. You can go miles to help your friends, spend time and effort for them or even help them financially at times. But there is difference between helping a close friend and any friend. 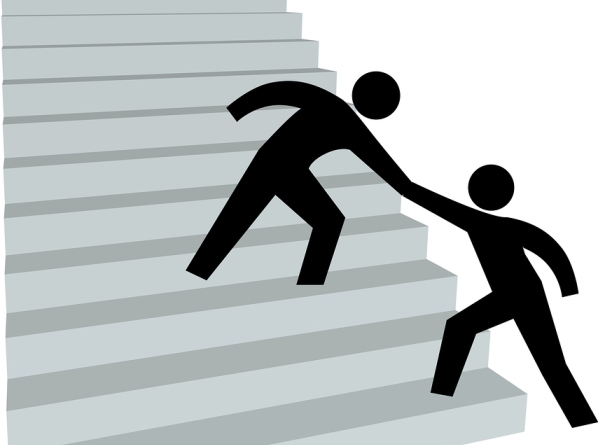 Some investors are very casual about their financial decisions which they take for their friends or any relative who is not very much close to them. Its the social pressure or the want of “looking good” in front of others which leads to this situation. Now I do not say that you should not do favors for your friends . Even if you are having some loss, its fine at times to help your friends financially , but just make sure you are aware about its impact on your financial life. It should not happen that you repent it later and regret it. For example one of the mails I recently got was this

My friend is in need of Rs 10L and i am planning to give him money by taking personal loan and going to collect interest which i am going to pay for personal loan. In this case i have not got any profit. Will there be any tax for interest collected from my friend. (source)

This guy was going to take a personal loan for his friend on his name (or swiping credit card and taking cash later from friend) and collect the EMI part from friend and pay it back . Now it was a help because the other friend might be in need of money and being a good friend he was helping. But the problem was that he was not aware what it could mean to his financial life.

Impact on Credit Report in this case !

In this case , if you see there will be a entry in his CIBIL report about the personal loan part and being a unsecured loan, its not a very positive thing on someone’s Credit Report . Now what if after 2-3 yrs he needs a home loan and the lender does not want to lend him because he has a personal loan on his credit report ? The assumption is that friend will pay the EMI to him on time , but what if the friend loses the job ? What if something happens to friend like accident or sudden death?

What if loan is not repaid on time and then your DPD sections on Credit Report is messed up . The impact of this on the loan eligibility will be high and one will really regret it later, but then it would be too late. Below are some more experiences of lending to friends and relatives and then suffering later …

Yes. I have helped a friend in his financial down for continuous 3 years.I have taken personal loan for him on my name which is still running and he does not pay EMI regularly (but I do).Because of delay in getting EMI’s from him my financial situation got worsen by months.

Above all that i have given him money very frequently and all my plannings went on toss. Because of friendship i have been digged down under as i have not got full money back yet. Personal loan taken will end in November 2014.

I want to apply for home loan next year i.e March 2014 and after reading this i am in very uncertain state though i maintain a cibil score of 720.

I’m also a victim of this painful personal loan lending to a friend. In 2007 i gave a friend 10lakh as personal loan, everything went on smoothly, but after 6 months the real drama started, he didn’t pay the EMI in time so i had to pay penalty with interest, sometimes i used to pay from my salary, it was totaly difficult for me to pay the EMI as it constitutes 70% of my salary then, still i was getting frequent calls from banks to pay.

When i opposed he didnt pay the loan, switch off his mobile, even told he dont know me,so i thought that i wont pay now, then stopped payment, and after going to his home many times he agreed to settle the loan, and finally settled on 2010, with a condition that i’ll pay him 2 lakh, even i did that, still i’ve not recovered the same amount from him, now if someone even ask me for 5K i think 100 times, bocz of this situation, so suggest friends dont give any personal laon to anybody!!!!

I have the experience-its painful. My brother gave 7L rs to his close friend. he did not take it from his pocket-he has taken two loans, and gave. and one fine day, he committed suicide, reason- the friend ditched him. He did not bother about the money-what bothered him was the breach of trust that he had in his close to heart friend.We lost him. his wife and kids are orphaned. Never help anyone out of your way. we can make up for the money lost- but the person we lost, we can never get him back.

Some years back my father helped my uncle my getting him some loan from a local lender(at very high interest) and by becoming a guarantor for his son’s educational loan. My uncle was not able to repay the loan and my father ended up paying the principle and interest. And since this incident our family relationship has become very sour. Recently my father received a letter from the bank saying his son hasn’t paid the educational loan back. We often wonder all things would have been fine if my father had just said no.

What other casual decisions investors taken for friends ?

At times, you do not have a choice, but to go a ahead and help a friend even if it means some problem for you, thats fine . But in cases where the other party can be said – NO , or the impact of your decision on your financial life can be bad , which you can not afford, you have to think hard and take tough decision

Have you done any financial help of friends and what do you think about it ?

43 replies on this article “Taking Personal Loan to help a friend ? How it can impact your financial life ?”