It has been 5 yrs when the first draft of the Real Estate Regulatory Bill came and then there were many amendments in it over the years. However on 4th June 2013, it was passed by cabinet and now the next step is to table it in parliament this monsoon season and if our country people are really lucky, it will finally become an ACT of law. 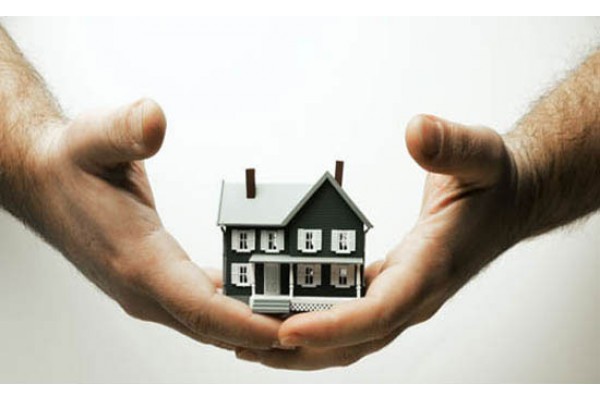 Real Estate Sector is hugely unorganized and against buyers

We all know that the real estate sector is so much unregulated and unorganized. There are no proper guidelines on any thing and builders use this to make maximum out of the situation and take buyers for the ride at every level. Builders and Politician nexus are very known and from last 10-15 yrs, the real estate prices have crossed the level that a common middle-class family would never afford their own house.

In this scenario, the real estate regulations are not just a requirement, but a big need of the industry if our economy and society need to some stability over the long term. In this article, we will discuss all the major points in real estate regulations. There are many good points in the regulation and it will help the industry, however like any other law, this bill also has many loopholes and many rules can be exploited by the builders. This bill whenever becomes the final act, will only be applicable to new real estate projects, not the ongoing and completed projects.

From the last few days, there has been a great number of discussions over various news portals and discussion forums on how these regulations will be a great thing and how it is just another failure. So let’s see major highlights of the regulations

1. Mandatory to acquire all clearances before the launch

As per the bill, it would be mandatory to acquire all the required clearances from relevant authorities and govt bodies before formally launching the project. Right now builders launch the project when there is nothing more than plain land on the site and have no permissions for anything. They give rosy pictures to investors, start taking the money from the public and then start the overall process of acquiring the land, getting approvals, and coming up with the structure. This means there will be obvious delays and lots of confusion and frustration for investors.

With this, the concept of “pre-launch” offers will vanish and you can expect the prices of the property to be high on launch. A lot of people are saying that because of this, there might be a slowdown on the supply side because right now a builder keeps launching new projects. Another requirements is that these permissions taken are to be displayed on the website of the developer.

2. Use of Photograph of actual site for advertisements

It’s easy to create an illusion by using graphics and shiny pictures and that is what happens most of the time. Builders use the classic graphics image of the project site which is full of greenery and nature around it and the feeling it gives you is that its an opportunity one cant miss. However, in reality, the project site is quite different. It might happen that there are buildings around it and no trees or any natural habitat. The roads around might be bad and the elevation of the project site might be high or low than the normal.

If a builder is found to be putting up misleading or wrong advertisements, then there can be a jail term of up to three years, if it’s done repeatedly.

3. Sale of property as per prices linked with Carpet Area

The bill says that any sale proceedings should be using the prices which are linked with carpet area and not super built-up area. Generally, builders use “super built-up area” as the parameter and define the per sq ft price as per that. Carpet area is the net usable area which can be used for living purpose (imagine you lay down carpet, then how much area it will cover), however super built-up area (or salable area as called by many builders) is combination of net usable area, area covered by walls, doors, parking area, staircases, temple in side the project, gym, garden and everything you can imagine which is part of your package (divided per buyer). So super built-up area becomes high and the per sq ft price looks small, however, if you divide the whole cost by the carpet area, then you will realize how much you are paying.

You should also know that even in agreement, only the carpet area is mentioned. However, builders quote the pricing only on super built-up area.

4. State Level Regulators and central appellate tribunal to be set up

The bills also say that a central appellate tribunal should be set up as a central body and each individual states should also have state regulators. This means that there would be some central guidelines for the real estate sector and builder and each state will focus on regulating their states real estate builders. There might be few rules different from states to states. I personally feel that there might be some confusion due to this.

5. Real Agents/Dealers need to register themselves

Right now, real estate agents and dealers are not at all registered with any central/state body and hence due to highly unregulated environments, they do not have any code of conduct or service standards defined. Now they will have to register themselves and will have clear responsibilities and functions. Consumers will be able to demand their rights from agents and dealers for the amount of commissions paid to them.

6. Separate bank accounts for every project

As per the bill, A builder will have to maintain separate bank account for each and every project and up to 70% of the funds for that project has to be there in that same bank account. In the previous drafts, this number was 100% (means no money for Project A can be used in Project B) , but looks like the builders and politicians lobby has been successful in diluting the quality of the bill wordings and in new draft now the number is 70% or less. It does not serve the protection of buyers because builders will still be able to divert 30% of the funds from one project to another.

Right now, the way it works is that a builder when faces a severe cash crunch launches a new project and uses the money collected in another project to complete the old project and this cycle goes on. This creates a lot of issues for home buyers because there are huge delays at times. Firstpost did an excellent article on this topic and concluded that real estate is a kind of Ponzi scheme

7. Builders cant take more than 10% advance without a written Agreement

A builder will not be able to take more than 10% advance money from buyers without a written agreement. Right now a lot of dealings happens by paying huge advances and the agreement part is delayed by many. In many cases, agreements happen after many months or years, as lots of transactions happen on a trust basis. This might help in curtailing some part of black money transactions. However only you guys can tell some real-life cases which this clause might not help and fail.

8. Full refund with interest, if property not handed over time

As per the bill, the builder has to refund your money along with the interest, if he fails to deliver the project on time. At this moment, this point gets added in the agreement and almost all the times, builders make sure that this point is omitted in the agreement and if it’s not there, you have to file a consumer court and after a long time, you are rewarded your right. However, the bill will make it a standard rule or clause.

The Bill rules apply to project over 4,000 sq meters in size

The biggest worry about this bill is that it’s applicable only to projects which are of 4,000 sq meters and above size overall and if a project is bigger than 4,000 sq meters, the bills allow to break the whole project into different phases and see each phase as different project. Now this clause itself destroys the protection layer for consumers. Because a builder can always break the whole project into different phases and show them as a separate project. Many builders anyways run various projects under different companies’ names to save on tax. So running two or more sub projects on different names (which are actually just one project side by side).

The old draft of the bill had this number at 1,000 sq meter, but this current recent bill has it at 4,000 sq meter, so again someone has been able to influence the bill.

No Single Window Clearance for Approvals

One of the major challenges and problems builders face is about the govt clearances and various approvals. This takes a lot of time and opens up the gate for bribes and bureaucracy, the bill does not address this problem at all. It would be great if there would be a separate govt department which would have a single-window clearance. This would help in defining the project completion time with more accuracy.

Will all this reduce the property prices or not?

This is the million-dollar question which is in every body-mind, that with this bill, will the prices of real estate come down or not, which is the biggest issue common man is facing right now, compared to any other issue. Delays and consumer exploitation is all fine if prices are normal and affordable, but if prices itself are so high that its out of reach of common man, then every other problem is secondary.

There are many implications of this bill and tons of factors and variables which can affect real estate prices. Some are saying that prices might go up and some are saying pricing might come down. But It would only be clear when the bill becomes a reality.

However, we would like to hear what you think about this real estate bill and how it might impact the real estate prices?