Is looking for perfection killing your financial life ?

Once upon a time, an intelligent, attractive, self-sufficient woman in her late twenties decided that she wanted to settle down and find a husband.  So she journeyed out into the world to search for the perfect man.

She met him in New York City at a bar in fancy hotel lobby.  He was handsome and well spoken.  In fact, she had a hard time keeping her eyes off of him.  He intrigued her.  It was the curves of his cheek bones, the confidence in his voice, and the comfort of his warm, steady hands.  But after only a short time, she broke things off.  “We just didn’t share the same religious views,” she said.  So she continued on her journey.

She met him again in Austin a few months later.  This time, he was an entrepreneur who owned a small, successful record label that assisted local musicians with booking gigs and promoting their music.  And she learned, during an unforgettable night, that not only did they share the same religious views, he could also make her laugh for hours on end.  “But I just wasn’t emotionally attracted to him,” she said.  So she continued on her journey.

She met him again in Miami at a beachside café.  He was a sports medicine doctor for the Miami Dolphins, but he easily could have been an underwear model for Calvin Klein.  For a little while, she was certain that he was the one.  And all of her friends loved him.  “He’s the perfect catch,” they told her.  “But we didn’t hang in the same social circle, and his high profile job consumed too much of his time,” she said.  So she cut things off and continued on her journey.

Finally, at a corporate business conference in San Diego, she met the perfect man.  He possessed every quality she had been searching for.  Intelligent, handsome, spiritual, similar social circles, and a strong emotional connection – perfect.  She was ready to spend the rest of her life with him.  “But unfortunately, he was looking for the perfect woman,” she said.

Just like the story above, we all are looking for the “best” and the “perfect” financial products, services and financial life, which does not exist in reality. As we don’t get perfection in most of the things we are looking for till the extent we want, we don’t take any action. We keep on searching that perfect financial product which has no defect and which is better than it’s competitors and gives us the maximum benefit. 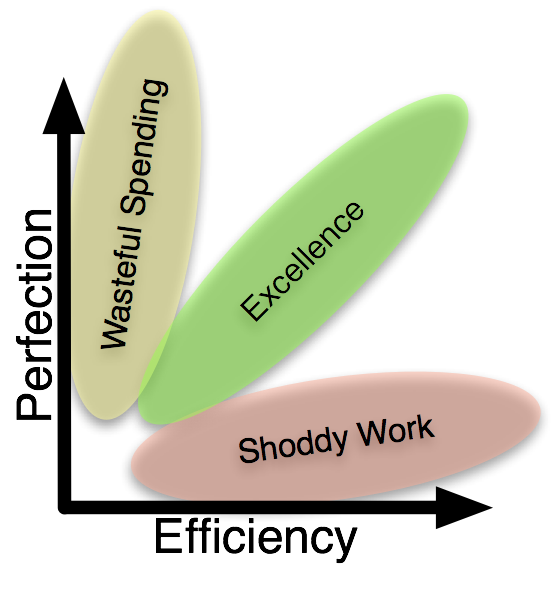 He again gets on net and then concludes that the company with best settlement ratio’s have high premiums and only 2 companies are with good settlement ratio and low premiums, but he has seen 2 people complaining on jagoinvestor.com about the bad customer service. He decides to wait for some other company which fits in his criteria. 2 yrs passed by .. he never took any term plan.

Now imagine a guy who wants to go for a fixed deposit for 3 yrs. He is so excited with high interest rates that he decided to put some extra money then he planned for. But then came the issue, there are smaller banks which are offering 0.25% higher interest rate than his bank and he does not want to “loose” the free interest money. After all, all the banks are same. Then some one advises him that never go for pvt banks because they are all “chor”, but PSU banks especially the big one’s which his father approves are not giving that high interest rates. While all this as going on suddenly banks have now dropped the rates back and all his plans are dropped. His money kept lying in saving banks only.

Now again imagine this guy wanting to hire a financial planner, The planner he wants to hire comes on TV , writes few articles on few websites and also educates everyone. The financial planner charges Rs 20,000, but this guy “feels” that the fees is too high for him and that planner is not giving him sample plan also and the planner is not ready to give a free consultation too! . So there are few things which didnt match his expectation and he decided to give himself some more time. And this guy had 20 lacs in saving bank account which remained there for next 3 yrs because he didnt know where to invest it for best returns.

Is looking for perfection stopping your financial life to grow?

Now coming to the real point, what I want to say is that we all are looking for perfection in our financial lives, mutual funds, term plans, financial planners, bank deposits, relationships, education, marriage etc etc. This looking for perfection is somewhere not helping us grow. Its stopping us from taking decisions which can be much much better than not taking any decision because we didnt find that perfect thing.

I will say that the only solution to this problem is to look for only 90% perfection in whatever you do and let 10% go. Focus on the next step, that’s taking action because 10% of it will be things you will neither be able to find out, nor it will be totally constant. So as soon as you start getting a feel that you have understood 90% of something and 10% of things are remaining, focus your mindset on taking action, choose things based on that 90% knowledge itself. While this 90% is subjective, you can choose 95% of 85% , but make sure its not 100%, because then it does not serve you.

What do you think about this?

80 replies on this article “Is looking for perfection killing your financial life ?”