“How can I ask my Parents to write a WILL ?” – Are you dealing with this uncomfortable issue ?

Enough has been written about the importance of WILL and why Estate Planning is important and how not writing a WILL can cause trouble to their family if some unfortunate event occurs. However I do not see enough conversation around how kids of today can communicate this hard fact to their own parents and inform them about the consequences of them not writing a WILL .

I know this sounds a bit crazy and if you “dare” to even think of asking your parents about their WILL, the world around you will label you as the greedy son/daughter, who is behind his/her parents wealth who has shown their true colors :).

But calm down, I know its not the case. If you want your parents to write a proper WILL, that does not mean that you are greedy and want your parents wealth (though there are some cases like that). You might just want them to not leave the confusion around or any unneccessary legal complications 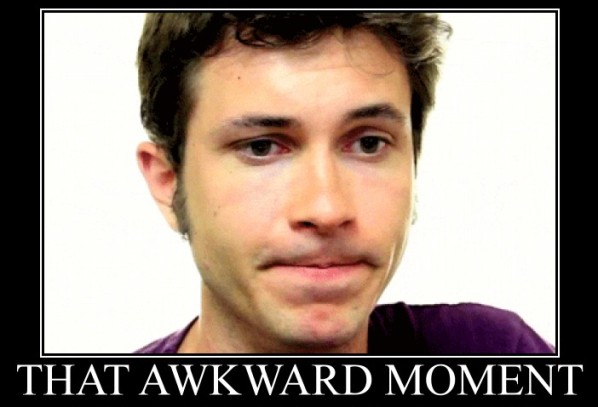 Every week, I see atleast 2-3 comments from our blog readers, where there is some property issue and clash between family members because its not clear who gets what part of the pie ? In almost all the comments, I can see that there is no WILL written, everyone in family is clueless on what happens next and what is the first step, everyone has their own reasons of why they deserve more than the other and its gets real messy !

The young generation is facing this as a challenge these days. They can very clearly visualize the future confusion they are going to encounter if their parents do not write their WILL and plan for their assets to be distributed properly, however its nearly impossible to talk to their loved one’s about writing their WILL because they will be labeled as “the greedy son/daughter” .

If children even give a slightest hint that they want their parents to write a WILL, its often taken in a wrong sense. Parents might think that you now want “your share of the pie” . The feeling of guilt in children is so high that they prefer to keep quiet and just be with the flow and face all the issues in coming future.

What can be the issues if WILL is not written ?

Before we move forward, I wanted to share with you what kind of issues a family can face incase of missing WILL

My father died in 1999 and he left no will. I have one sister elder to me and she is married since 1980 and living with her husband. Now i want to sell the house in which we are living since last 30 years. The house is still on name of my father. When i told my sister to sign on papers as i want to sell this house, she became greedy and started asking for her share.

Do i need to give any share to my sister. Should I fight a case. Please guide me

But where my husband wants to take the land equally between he & his brother in future after death his mother (my mother in law). Please give advise what to do in this future problem, so that my husband & his brother not to fight for land in future,

I want your opinion. My father bought a plot in 1996 an died in year 2000 leaving no will survived by me (married daughter) my brother and my mother . My mother constructed a house on the same plot with the help of my brother. the registry of the plot is still on the name of my father but house is on my mothers name.

Now my brother wants to sell the house without my mothers consent who is very old. Can i stop the sale as heir.

In the above examples, can you see the confusion the family has to go through. If there was a WILL written, I am sure the confusion would have been much lower.

How to Encourage your Parents to write a WILL without asking them directly ?

I know its tough to talk about this directly with parents or even in-laws (your spouse also faces the same issue with her/his parents) . So here are some alternatives which can be chosen

1. Make your Own WILL and consult your Parents on it

Most of the parents to some extent understand the importance of estate planning and why they should write the WILL . But somewhere they do not take the final action and feel that still its not the ‘right time’ .

The best thing children can do is, start working on your own WILL and let your parents learn about it as an example . (We can connect you to the right company who can help you write a WILL , fill the form here if you are interested in that)

Even if you have very less networth (couple of policies, and some money in the bank) , still its worthwhile exercise, because you can involve you parents in the process and help them understand what kind of issues arise when WILL is not written. Share with them the process, registration, how one can change the WILL later and other related things. I think some of the parents are aware about it already, just that they never initiate the process of writing WILL and there is no specific reason for it, they feel they will do it “someday” .

2. Educate them using some one else example

Another thing you can do is, as an when the right moment comes, you can tell them about “someone else” and how they are suffering because of absence of the written WILL and the legal consequences they have to face.

You can surely find someone in your friends circle or some one in your relatives who is the right example for this. You can initiate the casual conversation with parents about what they are going through and help them understand that the central issue is absence of written WILL and missing estate planning component. This can put the right food for thought into their mind on estate planning using these examples.

Parents Insecurity and why they do not write the WILL

Almost everyone of us have old hindi movies where parents gave away the property in their children early in their life in the hope that they will treat them well , but their children do not care for them later and parents are in a fix now, because they cant take back their property from them.

A very similar kind of unconscious insecurity is there in every parent’s mind. I am not saying they doubt their children, but somewhere they do not want to take the risk and want to be 100% sure on how they should pass on their wealth to their children and they keep on waiting for that right moment. Not directly related to this topic, but here is an example of what kind of issues old parents are facing.

Show your Parents you are there for them

It might happen that even in your case this insecurity is coming in between. Its important to have the positive atmosphere at home and parents should be confident enough that they are secure and should have high confidence in children. Only then estate planning will become an integral part of every parents financial life and they will do it much before in their life.

I hope everyone who is reading this article, understand that this article is just raising this topic to make sure it helps parents as well as children and they both understand this important step in financial life and its positive and negative effects. Wanting your parents to write a WILL does not always mean that children are greedy, all it means is that they want to make sure the future complications are avoided by completing the right formalities.

I would love to hear what kind of views you have and what you think about this topic ?

26 replies on this article ““How can I ask my Parents to write a WILL ?” – Are you dealing with this uncomfortable issue ?”