How Hindu Succession Law applies if written WILL is missing ?

Do you know that Hindu Succession Law applies for the division of wealth in case a person dies without a written WILL? I know you might have never thought about it because you are not aware of how ugly it gets when the will is missing. Money is so powerful that relations don’t take time to break. Family members can really fight over the issue of who gets how much out of the wealth and a lot of times unexpected things happen. Even people you never thought can suddenly appear claiming their share in the wealth.

A properly written will (and registered one) is the best way to make sure the wealth is passed on to different people as desired. But in reality people don’t write will and keep thinking “one day, I will surely write a will when ..”.

So now coming back to the point, if a will is written, then there is no confusion and the wealth is divided as per the WILL. However, if a WILL is missing, then the wealth is divided as per the Hindu Succession Act 1956 laws for Hindu’s, Jain’s and Sikh’s. We have a separate law for Muslims and Christians, but for this article’s sake, let’s just talk about Hindu succession Law applicable for the Hindu population.  Also, note that in this article mainly we are talking about the succession laws related to what happened after death of a MALE (not female). 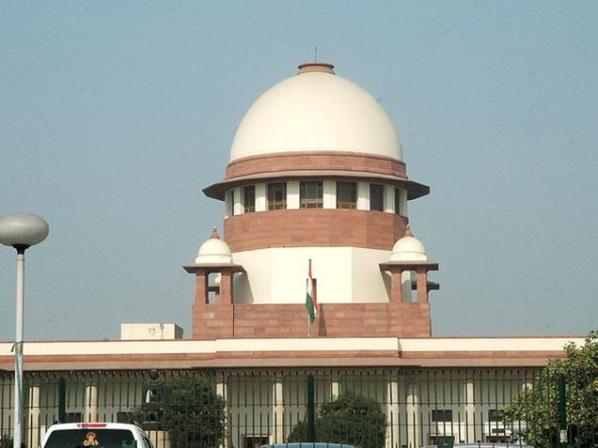 Legal heirs are well defined in the Hindu Succession Law. All the relations are categorized into two classes called class I and class II. The first right on wealth is of Class I heirs. Only if there is no one available in Class I, then relations under Class II can claim their rights. If Class I & Class II both are missing, then there is something called Agnates and Cognates, but we will talk about it in some time. For now, let’s understand Class I & Class II heirs under Hindu Succession Law

If Class I & Class II is missing?

In the absence of heirs of Class I and Class II, the property is passed to the agnates and cognates of the deceased in succession. Now, one person is said to be the agnate, if he/she is related by blood or adoption wholly through the male’s chain line. Similarly, one person is said to be the cognate of the other if the two of them are related by blood or adoption, but not totally through males, i.e. there has to be some intervention by a female ancestor somewhere. The first preference is given to Agnates and only if there is no Agnate, then the Cognates comes into the picture. To understand Agnate/Congate in plain Hindi, It means “Bahut Door ke Ristedaar”, Agnates are “Door ke Rishtedar” from the chain of Male line and Cognates are “door ke relatives” , but does not compulsory from the chain of males in the family. But leave this point as of now, I think from an understanding point of view just Class I and Class II is enough for someone.

Note that if there are more than one Widow’s, then they get one share only and then divide it between themselves and a person’s immediate family will also be considered as one unit only.

Some Important Rules and Points

For Muslims, the succession laws are defined under The Shariat Act. Under that 50% of the property goes to the Widow irrespective of the number of other legal heirs (remember in case of Hindu Succession Law its equal share between Widow and children) and rest is shared in equal parts between children

Now based on the learnings we had till now, let’s see 6 examples (not real) and how the wealth will be divided into each of those cases. I have tried to take different scenario’s.

Lets say Robert was 60 yrs old. He dies in an accident and has no WILL . Suppose he has following people in his family

This is an interesting case , in this there are mainly 2 units . The first one is his Wife who will get 50% of his wealth and the next unit is the Widow and 2 son of his dead son who will equally get 50% of the wealth and legally, they all need to share it in equal amount . Note that this happens considering as if the son was alive, in which case he would have got 50% share and then his family chain would claim it from him. So understand that each family here would be 1 unit and all the members of that unit will again share it back between them with same principles.

Suppose Ajay is dead without a WILL , but his family consists of

In this case , there are 3 entities in the Class I , those are Wife , Mother and the Child in the Womb, here 1/3rd wealth goes to Wife , 1/3rd goes to the unborn child and 1/3rd goes to Mother. Note that a child in the womb has same right as a born child.

Suppose Robert dies without a WILL and leaves behind

Ajay dies without a WILL , his family consists

Here you can see that only one person belong’s to class I (mother) and every one else is in Class II , hence 100% of the property goes to Mother (remember that Class II gets anything only if there is no one in class I)

Ajay is the head of the family and lives in a ancestral house in Pune and has his personal savings in Bank FD and one flat in Mumbai which he had bought from his own funds. Now Ajay dies, but he was smart and he has written a WILL and written that everything goes to his Wife and no one else gets anything. Suppose his family has

Now what happens in this case ? In this case, his Bank FD and his flat in Mumbai will 100% go to his Wife and no one else, However his ancestral house in Pune will be divided equally between all the 4 members. This is because there was a flaw in the WILL . An ancestral property can not be passed on through a WILL . Ajay had made a mistake thinking that he can assign the flat in Pune to anyone he wants . A person can only pass on his wealth through WILL if he has earned it (think bournville) , if you have acquired it from your older generation, then it will be claimed by all the legal heirs, and in this case it will be passed on to all the legal heirs of the family , so 25% to each member as they are all into Class I for Ajay’s father

Hindu Succession Law in case of a Female death

Till now we saw all the rules which are applicable if a person in question was a dead male, but in the case of a female some points are a little different.  The property of a female Hindu dying without WILL shall be distributed according to the rules set out as follows –

Now understand this case properly , As the person in question here is a Women, there will be distribution of her property like this-

However the Flat in Pune was acquired by Supriya from her husband and in this case , her husband’s legal heir would be claiming it, which means Supriya’s mother in law would get the absolute right on the Pune Flat because only she comes under Class I (Father and Brother come under Class II for a Male) .

In case a will is missing and the legal heirs get into a fight over the wealth, things can get ugly and the wealth might to someone which you might not have wanted or imagined. Hence writing a WILL should be on a high priority list. This article just gives very basic rules under Hindu Succession Law, in reality, things can get more complicated and it’s always advisable to hire a good lawyer in these cases. This article is just for information and awareness purposes. Dont take it as the complete guide.

Please share your case or define an imaginary case and let’s see how the wealth would be divided in that case as per Hindu Succession Law.

1,096 replies on this article “How Hindu Succession Law applies if written WILL is missing ?”