5 mistakes I made in my first stock market Investment

Do you remember your first stock market trade and how you behaved at the time? Just like you, even I, have made some really stupid mistakes in stock market Investment.

Today, I would like to share some mistakes (only the big ones 🙂 ) which I made during my first trade in stock markets. Its worth discussing, how I could have avoided those mistakes. You can learn from them too! 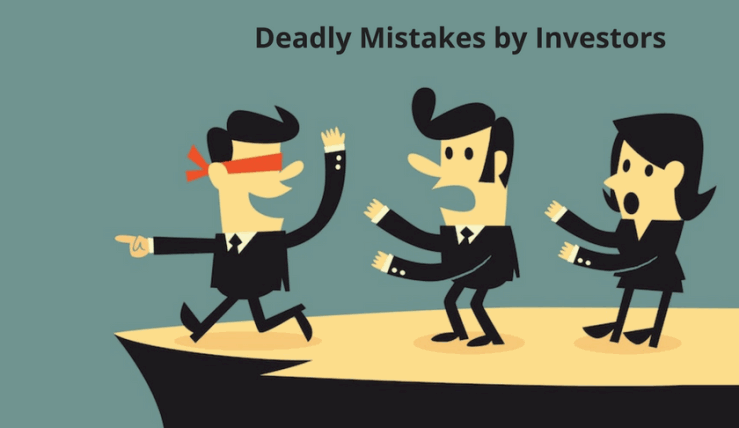 Mistake 1 : Buying on Others Recomendation.

27th Nov 2007 : I had just got my spanking new trading account and I was so eager to trade and make lots of money(How to start in Stock Market) .

I saw an Orkut community recommending GTC India – a “Buy” Recommendation. There were several good reasons discussed there, and an extrapolation on how it can reach from current price of 600 to 2000 in some months.  It looked like a “don’t-miss” trade. I bought 10 shares @ 560/-.

Mistake : Buying only on recommendation and not analysing the opportunity well, over relying on others recommendation, buying a company which I do not understand enough .

Learning : Never buy, just on recommendation! Do your own study and analysis. When you buy on others recommendation, you don’t take responsibility if there is any loss, which is dangerous in markets.

Hear others but listen to your self. See other factors like market trends, sector view, global markets, future prospects et al. Once you are fully confident that its a good trade and you feel comfortable with it… go for it.

Mistake 2 : Being too greedy

Mistake : Greed! Pure & simple… This is a very common mistake, a big mistake at that – so big that it will be among the top mistakes investor and traders do. Buying more wasn’t wrong. It was the intention behind the buy. There is nothing wrong in increasing the position once it moves to your target, but it has to be backed up with strong reasons and study.

It should be a trade with high probability of success. In my case, it was not. It was just a recommendation from someone in an orkut community, with a couple of lines, explaining, why it will go up .

Learning : There was no need to buy more shares that point in time. I should have just sat back and watched. The Stock market is just like our life, you need to have a level of satisfaction in your life and stock markets.

If you want more and more and more, you might not get anything. In fact, you can lose heavily. Because of greed, I invested more than I could afford to lose. I took an unwanted and unaffordable risk, because I only saw profits and never the potential losses.

Mistake 3 : No profit booking on Time

After 1 week : The prices were not moving now. It was going up a bit then coming down again and was stuck in a range of 900-1000. It went up to 990 once. For a time being there was doubt in my mind if it will not move up to 2000 and will return back to my buy price levels.

Mistake : No profit booking. There was a sharp rise in shares price from 550 to 900 in just 2-3 weeks and that is rare. It doesn’t happen to every stock, it was an excellent return, but i did not book profits.

Instead of making the best of the situation and taking the (not so bad) profits, the market was offering me,  I wanted more and more and lost even what I was getting.  The reason was Greed, again.

Learning : The better thing to have done, was to book profits, at least partially… Situations change in markets, I never checked on any news regarding the company after i bought the shares, and I was never updated about it. Every time you get some good profit, its a wise idea to at least book some partial profits out of it (Unless you have really strong reasons to hold it for long) .

In next 1 week : Prices now started coming down. It came to 900 first, I was scared and told myself that I will book profits once it goes back to levels of 950+. It never did! Then it came back to 800 and I regretted not booking a profit at 900 and said to myself again “I will book it for sure when it comes to 850.”

Guess what? It never did! Then it went up a bit again and went up to 850 . I forgot my promise to myself & allowed my greed to take over my promise. It went down again after that and now it was near my average buy price. This was the time I was feeling, “What a big fool am I, for not booking Great profits!”

I could have sold it at 0% profit, & yet I didn’t, because I would look a fool in my own eyes. Why Stock Markets Attract and Look Easy

Learning : “When your boat starts sinking, you don’t pray… just jump” Once you are doubtful, surrender to markets wish. See what markets are showing you, not what you wanted to see. Markets are supreme and no one can be smarter than the markets.

Leave your ego at your home, when you go in front of Markets. The markets tell you what’s going to happen, not vice versa. Accept that you are wrong and you made a mistake. Then move on.

After few days : Then the prices started falling and plummeted to 600 (my original buy price). Now I was in loss. I was proven wrong, but I just couldn’t accept it. I kept trying to prove myself right by holding it and hoping it would come back up. Yea, you know… It never did 🙂 .

It went lower and lower and lower and I was just praying &  hoping that it’d return back to a level where I’d be happy to sell it. It never did! It went up to 300 and I sold it all in frustration. Then, I saw it go down to 250 and bounce back to 500! Now, I was feeling like I was cheated by the market for not giving me the right opportunity to exit.

Mistake : Impatience, Fear  and not cutting my losses short. I exited at a very bad time, at almost the lowest price then. There was an opportunity for me to exit at small loss, but taking a loss hurts the ego and it did. Not cutting my loss in time was the result, of my not defining my loss early enough.

I should have had thought of it earlier. Then, I’d just pull a trigger, when it reached that level, without emotions. Fear overtook common sense, Fear overtook logic .

Price of GTC INDIA after this Incident : It never went above my price levels after that and went to Rs 55 after couple of months , even today (Nov , 2010) , its hovering below Rs 65 only .

My first trade was not at all planned and “no plan” is “a plan to fail”. Fear ! Greed ! Emotion! Ego ! Impatience! These are the elements of Failure in Stock markets. Manage them well and you’ll do better !