Power/Speed Vs Regular Petrol – This is the biggest scam of petrol pumps!

When you go for fill up petrol or diesel in your car/bike, you have an option to fill the normal fuel or high-performance fuel often termed as Speed, Power, Xtra mile, Turbojet or Hi-speed etc in the Indian Petrol pumps.

Today, I will share with you a kind of fraud/scam which is going on in petrol pumps on the name of these high-performance fuels and you will also learn if it’s really useful to use this high-cost version of petrol/diesel in your vehicle or not! 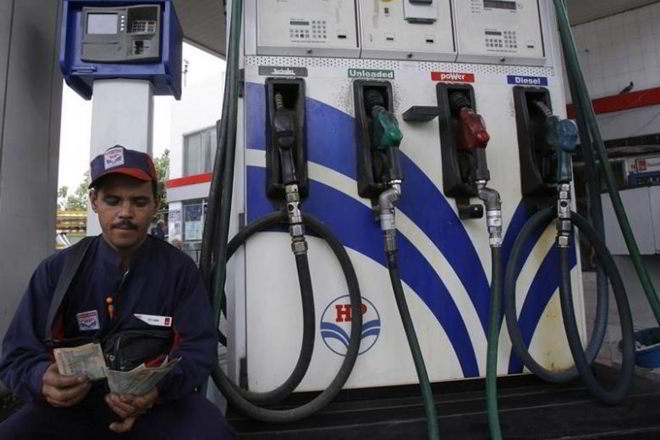 Because I educate you on the topic, I want to start with the cheating part first, which happens on the petrol pump!. The reason I am calling it a scam is because it is done with the intention of cheating the customer to make higher profits.

Petrol pumps give you “High-performance fuel” without asking you

Some days back I went to a petrol pump to fill petrol in my car. I kept my eyes wide open and made sure that the meter shows ZERO (read about zero meter scam on petrol pumps here), and no distraction is there and no one scams me.

As I was about to leave, I realized that the nozzle used to fill petrol was kept in the section which said “Speed”. When I enquired if they have filled the high-performance fuel in my car, the answer was YES.

When did I ask WHY? , they said that I should have mentioned that I wanted normal petrol.

So now you know the scam here..

Its common sense that by default petrol pumps should be giving us normal petrol and only if the customer wants/agrees, they should fill high performance/cost fuel. But here, they had made the costly fuel as the default choice and without even telling you they fill costly petrol/diesel in your car/bike.

A customer never pays much attention to which fuel was given to them and assumes that its normal/cheapest version of fuel.

There are many other scams which happen at petrol pumps, but I think is a much bigger scam, because this is so subtle, that almost everyone falls for it (without even knowing about it). Just think about it, even if 5% of people are scammed into buying high-performance fuels, it’s millions of litres and millions of extra revenue/profits for petrol pumps/companies.

What is High-performance fuel?

Branded high-performance fuels like SPEED and POWER are normal petrol with an extra additive/detergents added into it. These additives enhance theoOctane ratings for petrol.

99.99% cars/bikes in India have engines which only and only require normal petrol/diesel because its octane value is the same which is required by the engine of these cars.

In fact, you will be surprised to know that car manufacturer such as Maruti, Hyundai, Tata, Toyota, Ford, Skoda, Mercedes, BMW etc. strongly discourage the use of premium fuels in their cars and in fact its also written clearly in the car manual book too. This thread discusses everything about high octane and fuel performance if you want to learn about the topic.

If you also talk to qualified service engineers at the service stations, they also recommend using the normal fuel instead of these high performance versions.

Can you believe that use of high octane petrol (the costly high performance fuel) actually cause problems in the engine, instead of helping the engine?

If you use petrol which is having a higher octane level than what is recommended, then because of extra additives in the petrol, it is only going to cause unwanted settlement of these additives in the engine – no added benefits in terms of mileage/performance.

If you use petrol having lesser octane than recommended, the petrol will knock and cause damage to engine. Further, the anti-knock sensor will cause the engine to slow-down and the timing of the engine will be wrong causing decreased mileage.

The normal petrol which is available in the market is actually fit for the engines in most of the cars sold in India.

Here is an excerpt from Team-BHP regarding this topic

Some car owners have reported excessive exhaust smoke after using premium diesel. A few others have complained of damage to components in the fuel delivery system, including the fuel injection pump and fuel injectors. Modern common-rail diesel engines operate within fine tolerances.

Your motor was engineered to consume regular diesel only. In the worst case scenario, you might end up with damaged mechanicals due to premium diesel. In the best case, you won’t gain anything. With premium diesel, you have a lot to lose, and nothing to gain.

I want to especially see this video by Mr Amit Khare of fame Ask Carguru Channel, which is an excellent source of all kind of information and knowledge about automobiles in India. A few months back, when I was watching this video, it was new learning for me and I decided that I will write an article about this soon on this blog.

The video is in Hindi and I am a fan of Mr Amit because of his simple language and engaging style of talking. Do listen to the following video for sure.

In one word – “High Profits”

Remember, that Petroleum companies and Petrol pumps both are “for-profit” businesses. They are there to make money and they will do all the things which increase their profitability. The petrol and diesel prices are regulated in India and no petroleum companies can decide the price of fuel on its own.

However, they can always decide the price of enhanced fuel because it’s their own formula and they are free to price it. Petrol pumps also get better margins when they sell high-performance fuels.

At the time of writing this article, the price of petrol/ltr in Mumbai was like this

Which means that by selling high-performance fuels, the profits which these companies profit margins can literally shoot up by a big percentage. No wonder why they never share the secret.

When should you fill high-performance fuels in your car?

Very simple, if you have a car/bike which has a high-performance high-compression engine such as BMW / AUDI and superbike’s, then you can use those costly fuels and they will actually perform better also, but otherwise you should just stick to normal fuel only.

34 replies on this article “Power/Speed Vs Regular Petrol – This is the biggest scam of petrol pumps!”