Budget 2015 : 16 things which every investor should be aware about

When budget speech was over, the first thing I did, was that I created a poll asking people, if you are happy or disappointed with the overall budget. I was sure that most of the people will vote for “Disappointed” and that’s exactly what happened. Around 192 people voted for it and around 65% people said they were disappointed. 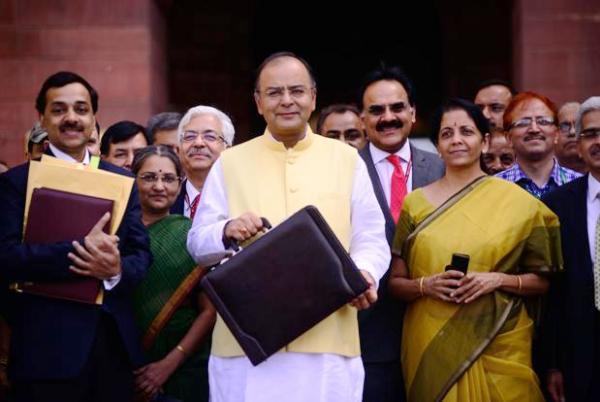 While, I agree that the budget didn’t offer too many benefits to common man, as they had expected, but the budget 2015 has a lot of things to offer and it’s worthwhile to look at things a little deeper. So what I am going to do is list down all the major changes for you below and explain them

1. No changes in Tax Exemption Limit or 80C limit

One of the big blow for most of the people in India was that there were no changes in the income tax exemption limits and 80C limit. At the moment, there is no income tax to be paid if taxable income is upto Rs 2.5 lacs in a year. Most of the salaried class people were expecting some relief in this area and were expecting that the limit should be changed.

However, they were disappointed heavily, when there was no change. Mr. Arun Jaitley himself had demanded raising the limits from 2 lacs to 5 lacs sometime in 2014 when BJP was not in power, but now when he is finance minister himself, he didn’t do what he “expected” from others.

So if you are paying yours and senior citizen parents health insurance premium, you can avail a maximum of Rs 55,000 under sec 80D. It’s a good time to head over to this website and leave your details if you are interesting in buying health insurance.

One more announcement was made that those senior citizens who are above 80 years in age, and are not covered by any health insurance, they can avail a deduction of Rs 30,000 towards expenditure on medical treatment.

When few months back Sukanya Samriddhi account was launched, that time the interest was taxable and investors complained how PPF is better than this scheme, but Arun Jaitley clarified that there won’t be any income tax on the interest part also, which makes this scheme better compared to its earliar version. However its still debatable if its good or bad compared to other alternatives like PPF or mutual funds in a long run.

Another good thing about budget was that the transport allowance was raised from Rs 800 to Rs 1,600 per month. Transport allowance is not taxable at all.means now out of your overall income, total Rs 19,200 will be deducted

That means whatever income you earn, Rs 19,200 will be deducted on the name of transport allowance (Rs 1600 X 12) and you need to pay tax only on the balance amount, subject to other exemptions and benefits. While it’s doubled from Rs 800 to Rs 1,600, still Its not very high amount, especially for big cities where the transportation expenses are very high.

You might not have heard this in the budget speech, but now the TDS will be cut even for the recurring deposits. Till now for so many years, TDS was deducted only in case of fixed deposit, and not in case of recurring deposits. But now this has changed. While it’s not a big issue, but anyways you need to pay the tax on recurring deposit interest earned, even if TDS is not deducted. An amendment will happen in the definition of “Term/Time Deposit” under sec 194A and recurring deposits will come under TDS.

Wealth tax is now abolished. Wealth tax is the tax one used to pay for certain kind of assets worth Rs 30 lacs. The wealth tax didn’t bring a lot of wealth for govt and hence they have simplified the whole thing by removing it. Instead of it, they have introduced a 2% surcharge on the those who earn more than Rs 1 crore a year. This new move will bring in around Rs 9,000 crore in govt kitty!

What I loved about whole removal of wealth tax is that CA students were very happy about this as their syllabus is now simplified :), here is one tweet which confirms that!

8. Tax-free infrastructure bonds worth Rs 20,000 crore to be introduced

Tax-Free Infrastructure bonds are back. Keeping the focus on the infrastructure development, especially for railways and roads, the finance minister announced that the bonds worth Rs 20,000 crores will be introduced. The interest on these bonds will tax-free and the maturity will be after the long term tenure of 10-15 yrs.

9. PAN Mandatory for all Transactions above Rs. 1 Lakh

Now, if there is a transaction of more than Rs 1 lac, it would be mandatory to quote the PAN Card. For example, if you are paying Rs 4 lacs for buying a car, you will have to quote your PAN number for sure. This requirement of furnishing PAN is for both purchase and sale transactions. Finance minister also mentioned that tax authorities are also making provisions to check “splitting of reportable transactions” , which means that if someone tries to split the transactions only for the sole reason of avoidance of mentioning PAN, then it would be detected.

Suppose you want to make a transaction of Rs 4 lacs into gold through your debit card, but if you make 5 payments of Rs 80,000 to avoid mentioning PAN, then there will be some mechanism to detect this and you will have to explain it to tax authorities if there is any enquiry.

The Finance Bill also includes a proposal to amend the Income-tax Act to prohibit acceptance or payment of an advance of `Rs 20,000 or more in cash for purchase of immovable property’.

This is not directly related to common man, but its important to mention it here. Just like salaried people pay tax, even corporates (companies and firms) also pay tax and the rate was 30% till now. That will be reduced to 25% over the next 4 yrs. This is really big thing, because a lot of tax is earned by govt from big and small companies and it was a bold move to reduce the taxation rates for corporates.

11. Choice between EPF and NPS

Now employees will get an option between EPF and NPS, but this option will be available to only those employees whose monthly income is upto a limit, which is not yet shared. However the good part is that employer will still have to contribute their share into EPF, only the employee share will either be invested in NPS or EPF.

Both EPS and NPS are retirement tools by govt and I personally think that over the years, govt should keep only NPS and abolish EPF, so that the whole system is more simplified.

12. Upto 10 Year imprisonment for concealment of Income or Assets abroad

Do you have any property or income abroad ? If Yes – please understand that you need to mention and declare it in your income tax return in India. Otherwise it amounts of black money and as per this budget you can be jailed for upto 10 yrs if found guilty. So if some Indian who has or does not have income of India or not, is getting any income outside India and has any assets outside, they have to file the tax returns for it without fail. If govt finds out that you didnt follow this rule, even your assets in India might be siezed in India.

Not just that, even you will have to pay a penalty of upto 300% . Read this article which explains things in a bit more detail.

The limit of NPS has been increased from 1 lac per year to 1.5 lacs. NPS is a retirement benefit investment product by govt were you can invest and create your retirement corpus.

Focusing on poors who do not have any access to insurance products, it was announced that a special scheme with name “Pradhan Mantri Suraksha Bima Yojana” will be launched soon and will be connected to Pradhan Mantri Jan Dhan Yojana . By paying Rs 12/year , one would be eligible for getting accidental cover of Rs 2 lacs.

The exact details on this are yet to come and it would be interesting to read the finer points on this scheme and how it works. Because this scheme will provide 1 lac of insurance for Rs 6 , however in market when you buy any standard accidental insurance, the premium per lac can range from Rs 100 to Rs 500. Lets see more on this when the scheme details come in future.

Under ‘Pradhan Mantri Jeevan Jyoti Bima Yojana’ one would be entitled to a life insurance of Rs 2 lacs sum assured for a premium of Rs 330/year . This would cover natural and accidental death both and any person under age range of 18-50 will be eligible to buy this policy.

The good part of this scheme is that one would be able to buy a lower sum assured of Rs 2 lacs because for people in lower income range, even a sum of Rs 2 lacs ifs good enough and it would really help them in life, but the premium of Rs 330 is not very cheap, because that turns out of be Rs 165 per 1 lac of life insurance. However in market when you shop for any pure term plan , the premiums are very much in same range. For example when a 30 yr old person buys a 1 crore term plan, he/she pays around Rs 8,000 a year, thats Rs 80 for every 1 lac of sum assured.

Anyways, its a good scheme which can benefit poors. The details are yet to come and we are not sure of the fine prints as of now.

16. Gold Bonds to be launched other measures

A special kind of gold bonds will be launched very soon, which will be alternative of buying the physical gold in market. So if you want to invest in physical gold “only” for the prices appreciation, then you can instead buy these bonds whose prices will move as per market price only. This is really good because there were almost no option to invest in pure gold other than physical gold. And the good part is that this will be from govt :).

Another good thing announced was that there would be Gold Scheme’s where one can deposit their physical gold which are in forms of bricks and coins (anything other than jewelry) and earn interest on it. While this is not very much beneficial for a common man, as they mostly have their gold in jewelry format only. So big institutions, temples, and other charitable trusts would benefit from this scheme.

Apart from this, new gold coins will be minted which will be having India ashoka chakra on it, so it will be “Indian gold coins” which didn’t exist till now and one had to buy foreign gold coins.

So overall – How was the Budget ?

The only question, a common man is asking is “How was the budget ?” . I personally think it was a balanced budget overall. For a salaried person, they might not find too many things in this budget and budget surely disappointed them and then there are some things which are good also. Lets not get into debate of “good” or “bad” because one person opinion might be wrong for someone else. Its a personal judgement overall

So you tell me, how was the budget for “you” and how do you feel about it ? What are good and bad things you find in this budget ?

107 replies on this article “Budget 2015 : 16 things which every investor should be aware about”