We just entered 2020, and I thought let me pen down some observations of the last decade.

I had started blogging from the last 12 yrs and it’s been quite a long and amazing journey. From a small blog, we are now one of the biggest personal finance websites in India with millions of readers benefitting from our work.

We had conducted dozens of workshops, interacted with thousands of investors and provided paid services to tons of investors across India and abroad.

So I thought that I will share what changes I have seen in the last 10 yrs in the personal finance industry and what are some changes I am expecting in the coming decade.

Back in 2009-2010, the concept of the term plan was just launched. Aegon Religare was the first entrant in the space and very few people had heard about term plan. A lot of my time and energy went into convincing people in the comments section to buy a term plan and not a money-back plan.

Unlike today, the advertisements on TV also didn’t mention the word “term plan”.

In the last 10 yrs, term plans have become quite famous and the default choice for evolved investors for their insurance needs. Now everyone “knows” that term plan has to be bought for insurance purposes.

It’s been around 25 yrs when mutual funds were properly launched in India (not considering UTI-64), so even in 2009-10, mutual funds were quite old products, but even during those times, they were not very famous products. It was a big PUSH Product, which means that various advisors and distributors had to spend a lot of energy into sharing about mutual funds and the way it worked.

No TV ads ever mentioned about mutual funds. Even the use of technology was quite slow, so there was no concept of online investing, online redemptions, etc, and processing of KYC used to take months.

With the “Mutual fund Sahi hai” campaign for the past few years, mutual funds have become a buzz word and everyone has at least heard about “mutual funds”. Now investors flock to online apps and are willing to invest in mutual funds. From Rs 5 lacs crore AUM in 2010, the current AUM is 27 lacs crore in mutual funds. That’s an impressive 18% CAGR growth.

Back in 2010, there were horror stories of ULIP misselling. I used to get so many comments about how people were missold ULIPs product and they were not getting back their money.

Somewhere in 2014-15 that episode ended and investors just stopped even touching ULIPS. Now ULIPS have made a comeback with much better structures and they are way better than what they were used to be.

Now if you buy ULIPS, they are not that bad, however, I still do not buy the argument that ULIPS are great products now (more on that later). Subra has done a wonderful write up on ULIP’s here

4. Dependence on Loans has increased

Compared to the last decade, we can clearly see the usage of credit for various things in life. Start from vacations, cars, houses, furniture, and even mobile phones. You name it and it’s all available on credit.

You can even buy a Rs 4,000 saree in Varanasi shops and pay in 6 easy installments. Bajaj finance has made sure that it’s possible now. You can clearly see the trend of over-dependence on credit in such a way that the stock prices of Bajaj finance have gone up. 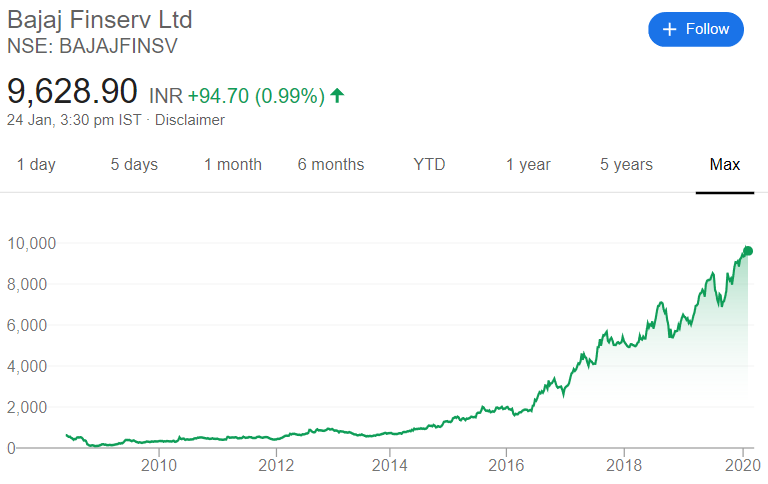 Today’s urban investors are thinking of various goals and now to “plan” for it. It’s very common to hear people saying that they want to invest for the future education of their children” and “retirement”.

6. More Choices and confusion for investors

Compared to the last 10 yrs, now we have too many products and services, and many people claiming to work for investor’s interests. We have advanced products like Robo advisory, small case, and whatnot.

The world of personal finance has become more complex now compared to the past which also increases the chances of an investor making more mistakes and at the same time also pick better options for themselves if they have proper understanding.

I remember, in 2010 I was in Bangalore and I saved close to 60% of my income. There were very few avenues to spend and the maximum, I did watch movies in the theatre and went on treks.

Investors have also moved from the category of “savers” to “spender’s first, then savers later”. We now have online shopping, food on delivery, international vacations on EMI’s, etc ..

Literally everything is available to you if you can afford to pay the “EMI” (not the product). Do read my article 7 Incredible reasons why you spend more money each month & how you can control it related to spending.

While the pace is slow now and we still have a long way to go. People are moving from physical assets (gold + real estate) to Financial assets (equity mutual funds, stocks, PPF, FD). As per a Karvy report, in 2014 around 48% of assets held by Indians were physical, but in 2018, it came down to 40%. 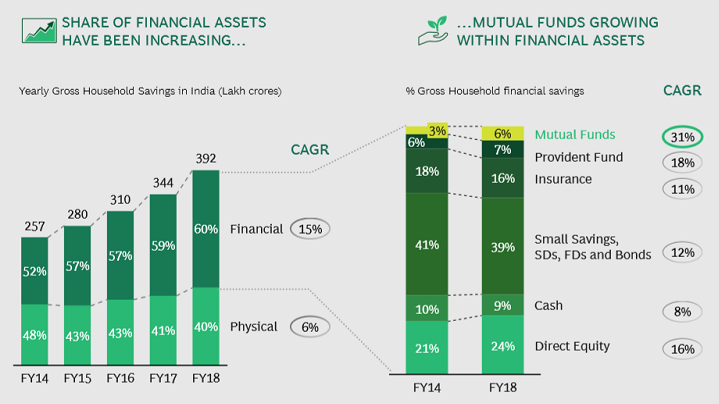 The mutual funds itself has gained from 3% to 6%, and direct equity went up from 21% to 24%, however, we still have a long way to go in this space

9. Online Wallets + Cash backs are a way of life

In the last 10 yrs, I saw the emergence of online shopping websites like Amazon and homegrown Flipkart. We saw uber and ola in our lives and are also seeing how swiggy and Zomato are changing the way we are having our food.

All these apps brought the concept of online wallets and cashback which in my opinion is doing more harm to us than helping us. It’s more of a marketing tactic and making sure that clients are always in the maze of collecting points/cash back to spend it for the next order.

Most of the websites have stopped giving “discounts” and instead give “cashbacks” which is nothing but a future discount. This means that you will have to again spend and in total, the amount of benefit for you is often less than what your mind perceives. And stop thinking that you “found” an awesome coupon, it’s actually given to you by companies to make sure you feel better while transactions. It’s just pampering!

Online transactions like net banking, mobile payments, and use of debit and credit card has increased in many folds in India in the last decade. Which also gave rise to online frauds and scams. The most vulnerable were the senior citizens and those people who had very less understanding of how banks and insurance companies work.

Many people got a call in the name of RBI, IRDA and SBI bank where the fraudster tried to gain access to their OTP and other critical details and many people lost a big amount to these frauds.

I even created a video on this.

Today in 2020, the fraudsters are now using google pay to cheat people.

In last few years, there are platforms that are promoting the concept of Robo-advisory. I think delivering advice through algorithms is an idea worth trying and looks cool. There are certainly some aspects of advice that can be delivered through automation, but there will always be some aspects of advisory which would need a human element.
Here is Robo-advisor definition from Investopedia

“Robo advisors are digital platforms that provide automated, algorithm-driven financial planning services with little to no human supervision. A typical robo advisor collects information from clients about their financial situation and future goals through an online survey, and then uses the data to offer advice and/or automatically invest client assets.”

After all, investors are humans and they have feelings. We need someone to talk to, share our insecurities and also take human-advice. Robo-advisory is great in all aspects which are pure formula based, but wherever human emotions will come, you would need a human there, unless you yourself are a robot!

What do I expect in the next decade?

I am not an expert in predictions, but still, I will try it out. Here are a few things which my gut feeling says may happen in the next decade (read around 2030)

As of now, I could think of these 4 points – but I would like to hear from you about your opinion on what all we will see in the coming decade!