Recently, SEBI has made some of the biggest changes in mutual fund regulations to revive the mutual fund industry.  Some of the measures which are made are said to be helping AMCs and distributors more than investors. We will look at 6 major changes done in the meeting and the full detailed circular will come in few days. 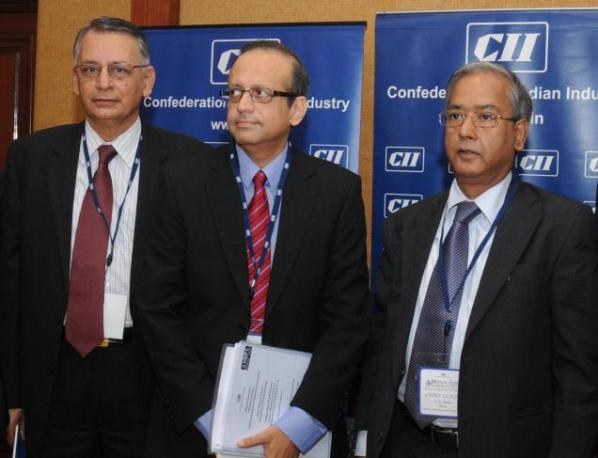 2. No internal limits in Expense Ratio

A very big change which goes in favor of AMCs is the removal of internal limits on the expense ratio and for what it can be used. Earlier there was a limit on the AMC to charge up to 2.5% expense ratio (up to 100 crores AUM), but it was allowed to charge only 1.25% as Fund Management Charge and 0.5% as distribution charges. The rest was taken as their profits.  So earlier suppose a Mutual Fund charged 2.25% as the expense ratio, then they compulsorily had to allocate 1.25% as Fund Management Charge and 0.5% for distribution.

But now, that sum limit has been removed and mutual funds are allowed to allocate expenses the way they want. This means you can now see more advertisements, more commissions to the distributors and more aggressive selling. While this is a very big change which will make AMCs happy, they will still have to keep a check on the expense ratio because of competition from other AMCs.

3. Putting Exit Loads back into the scheme

You must be wondering what happened to exit loads earlier, where did it go? When a investor got out of a mutual funds , he was charged an exit load if he quit before 1 year. That money was not transferred back to mutual fund, nor was it the profit of the mutual fund. It was actually transferred to a separate fund, which was used for sales, distribution and marketing. But now, when a investors exits prematurely, the entire exit load money will be credited back to the scheme account and will not be treated as AMC profit. However an equal amount (capped at 20 basis points) can be included in expense ratio back to compensate the AMC loss due to outgoing investors, which means that overall, for the investors on one hand,  the AUM gets increased (NAV increased marginally because of exit load money coming back to them), while at the same time they’re paying more in expense ratios, so the net effect of this would be, no gain no loss to both the parties.

SEBI has directed that for each mutual fund, there has to be a equivalent Direct Plan with a lower expense ratio. So for every mutual fund XYZ, now you will see XYZ and XYZ-Direct options. So XYZ will come with higher expense ratio, and XYZ-Direct will have lower expense ratio. Many people who research mutual funds and like to buy it on their own directly from AMC by passing agents and other online distributors, this option will be cheaper and makes sense. However, many distributors are not happy with this move and think this will “kill” their business, all because investors will then just invest into the direct options.

Note, SEBI has not yet clarified by how much lower, the expense ratio of the Direct plans will be and if it will be mandatory for each and every plan or just some categories. We’ll need to wait for the final circular, to find out.

Very soon, financial advisor regulation will come into effect. This means, now there will be some minimum qualification, registration and guidelines for financial advisers. They will have to register with SEBI and a separate body of regulators will soon be created for this. A financial advisor is a professional who advises his clients on investments for a “fee.” The important distinction being, he wont be able to earn any money from commissions by selling financial products. If a person wants to sell financial products and earn commissions out of it, then he will not be able to “advise” the clients. But CA, MBA, and several other professionals are kept out of this rule and even mutual fund agents who have a valid ARN code are kept out of this rule because their basic advice is seen as the extention of their work. There is still more clarity required on this, so don’t conclude anything yet.

What does it mean finally ?

If you are wondering what it means overall in single sentence, then it means increased costs (expense ratio) and lower returns for investors, but it may not be that bad as you think. Dhirendra Kumar of Valueresearchonline feels that the expense ratio increase will be in range of 0.1% to 0.4% range.

All in all, investors could see a 0.1 to 0.4 per cent increase in the fee that they effectively pay to have their funds managed. Any increase ends up reducing the returns that funds generate but all in all, this has been a deftly managed round of reforms that could get a decent bang for the buck.

72 replies on this article “6 changes in mutual funds done by SEBI recently – Good or bad ?”