Hi Friends, Happy New Year to all of you. As this new year is coming, Let us discuss some things, they are: 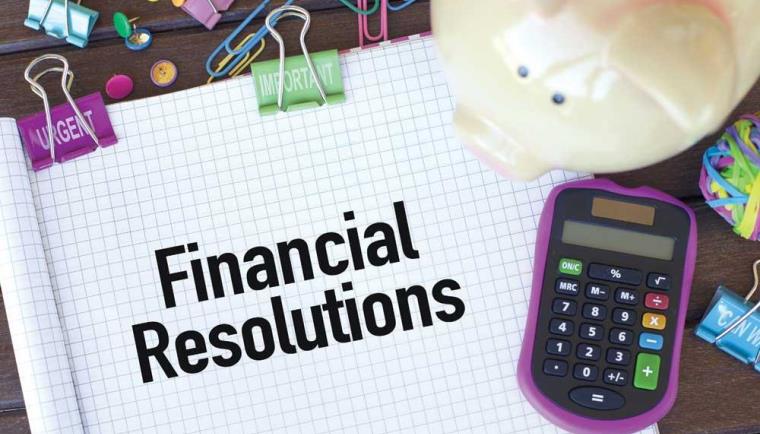 Let us all make sure that we will do better than the previous year and make some changes.

#1. Adopt the attitude of Expenses = Salary – Savings instead of Savings = Salary – Expenses

#2. Learn more and more about investing to at least up to a level, where I can take my decisions without any help of others and also be able to help someone else.

#3. Learn all the basic taxation rules and investing rules.

#4. Not take decisions whose Risk/reward ratio does not suit me, even if there is no risk in some investment, its return should at least match your goals.

Person 1: Person not investing his money in any thing (just putting it in the bank) and having a desire of getting a 15% return and risk appetite of the same.

Person 2: Another person investing in Equity for a return of 50% in a year, but he actually requires and can be fine with a 15% return.

Both the people here are wrong and are not doing correctly. They must invest in a way that satisfies both there return/risk ratio.

#5. Will not get trapped in useless products just because someone else thinks so, we will do our own analysis, take suggestions from reliable sources and people with knowledge and only then invest our hard-earned money.

Outlook and suggestions for Asset classes in 2009

Let us see some asset classes and let’s have a quick view of it.

#1. Mutual Funds: The situation now is little under control, with a downward bias for the first quarter, but things should be good by the year-end and then we can see a good rally there after. Better to invest though SIP only.

#2. Direct Equity (shares): Make sure you buy shares only if you have long term view and do not want to speculate for short term .. You can buy some very good shares now and hold it for the next 5-20 yrs, and I am sure they will return fortune. The best time after 2003 is NOW !! But better buy on dips …

If you want to invest 100, make sure you break it in 3-4 parts and invest on dips … its like following SIP on our own. Metals (safe) and Real estate (little risky for short term) can be a good bet for long term investments.

#3. Real Estate: No comments … There are still chances of further correction … But people who do not want to buy it for investment can still invest if it suits there requirement and budget.

#4. Bank FD’s: People looking for short term investments like 6 months – 1.5 yrs can put their money in FD’s… The interest rates offered are good and with inflation coming down, it will be a fair investment.

#5. Derivatives (Futures and Options): There are many people who are now trying these instruments, do not understand the risk associated, Please understand very clearly that these are Atom bombs in the Finance field … You can either kill yourself with it or make a Killing out of it …

If you want to do it .. better learn about it .. prepare heavily and only then enter .. Else defeat is almost certain. Some of the biggest financial companies have gone bankrupt over night because of derivatives.

The use of derivatives can result in large losses due to the use of leverage, or borrowing. Derivatives allow investors to earn large returns from small movements in the underlying asset’s price. However, investors could lose large amounts if the price of the underlying moves against them significantly.

There have been several instances of massive losses in derivative markets, such as:

#6. Gold: Gold has lost its shine a bit now and can not be considered the best investment you can make … Still a small part can be in a portfolio, but not more than 5%.

#7. Debt Mutual Funds: People can invest in these debt funds also if their investment horizon is less than 1 yrs (invest for short term goals).

#8. Insurance: Any one who has still not taken insurance and still finds that he/she needs to take it .. please take is ASAP. There should not be any delay in taking Life Insurance ever.

Some Notes on Inflation:

Inflation may go down below 0% in 2009, because of speedy fall in commodity and crude prices.

India may see some effect of job losses and slow down in 2009 … Corporate results are expected to be devastating in the first and second quarters of 2009 at least … But still, India is among the top growing economies in the world. So we must not concentrate on the short term. India’s future is Great and unquestionable.

Summary: 2009 will be a good year, it is an excellent year and we will not do mistakes if we have done in 2008 and before. we will learn more and use our money in a better way from now onwards.

2 replies on this article “Financial Resolutions for 2009”