IRDA has recently come up with some major changes in health insurance guidelines which are extremely customer friendly. These changes will reduce a lot of confusion that customers used to face while buying health insurance and will also help in smooth claim experience. 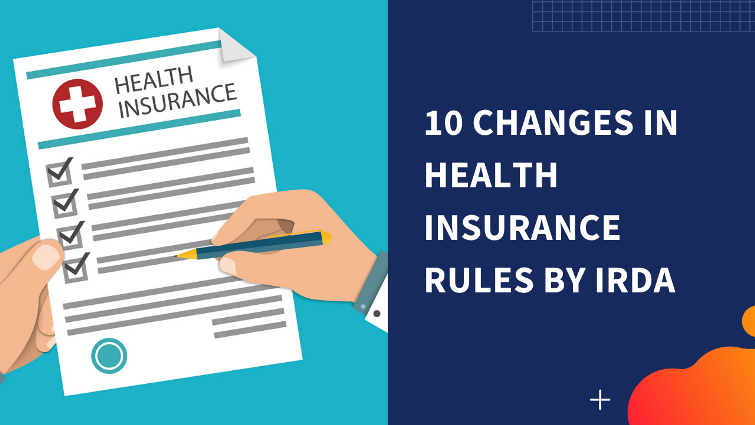 These changes are really good and it’s suggested that you should be aware of all the changes if you have a health insurance policy. It will take some time to understand these changes, but please read this article fully.

In case you like to listen, rather than read – here is a 35 min video discussion I did with Mahavir Chopra of Beshak.org who is an expert on this subject and a good friend too. While there are many big and small changes in the guidelines, the video talks about the top 10 changes which matters to you.

There are various exclusions in a health insurance policy and wordings for them differ from policy to policy. This confuses the policyholders while their decision-making process. Now IRDA has standardized the definitions and wordings for all kind of exclusions

One of the examples of this is the wordings for a pre-existing illness, 30 day waiting period, maternity, obesity, and many more. In various policies, the definition is different for these terms and it leaves a grey area many times.

Now with the new rule, every policy will have the same wordings and definition of the exclusions along with a CODE for each exclusion.

Change #2 – No ambiguous wordings or definitions

Apart from this, IRDA has also said that there should not be any ambiguity in the wordings which can create confusion in the future. For example – “Obesity is not covered, and any other illness which is derived out of obesity is also not covered”.

If you look at the example above, how will an insurer and the policy come to an agreement is something was because of obesity or not? There may be a disagreement in the future and companies can deny the claim citing some unreasonable thing.

Change #3 – Many Exclusions are disallowed

Now many exclusions which were part of policies earlier are disallowed, which means that companies will have to cover them. Some of the examples are as follows.

So the coverage of the health insurance policy widens now and you will be able to get coverage for many more things. This is wonderful news because mental illness or psychological related hospitalization will now get covered which was a big requirement.

Check out this video

Change #4 – The definition of “Pre-existing” diseases is standardized

This is one area that was quite confusing for customers.

Till now, it was not very clear what exactly is a pre-existing illness? So the onus was completely on the customer to remember his symptoms and go back in past to dig out all that had happened. If he had forgotten anything and it came up later in the future which was not disclosed in the policy, there was a good chance of rejection of claims.

Now, the IRDA has made it clear that a pre-existing illness is an illness for which,

Only in these two cases, it will be treated as a pre-existing illness, else not. Hence, it has now become a much-focused definition now which will remove all the confusion.

So now just because you have some mild symptoms or an indication of an illness, does not automatically become a pre-existing illness going forward.

Another example is let’s say you are obese and have had bad eating habits and you are not sure if you are diabetic or not… In this case, a lot of people wonder if the insurer can reject the claims in the future because of hospitalization due to diabetes.. but with new rules, unless it was diagnosed by the doctor officially, it will not be treated just a pre-existing illness.

Change #5 – No claim rejection after 8 yrs. of premium payment

This is a big relief to policyholders.

Now health insurance companies will have to settle all the claims once a policy has been active for continuous 8 yrs. In case you increase your sum assured in the same policy, another 8 yrs. of moratorium period will be applicable on the increased limit. Apart from this, the permanent exclusions will always be excluded.

Only in case of a Proven fraud, the rejection can happen after 8 yrs. However, in case of a genuine claim, the policyholder doesn’t need to worry. Check out the reply by Mahavir Chopra on twitter timeline to one of the people who asked a question on what is a fraud and what is not. 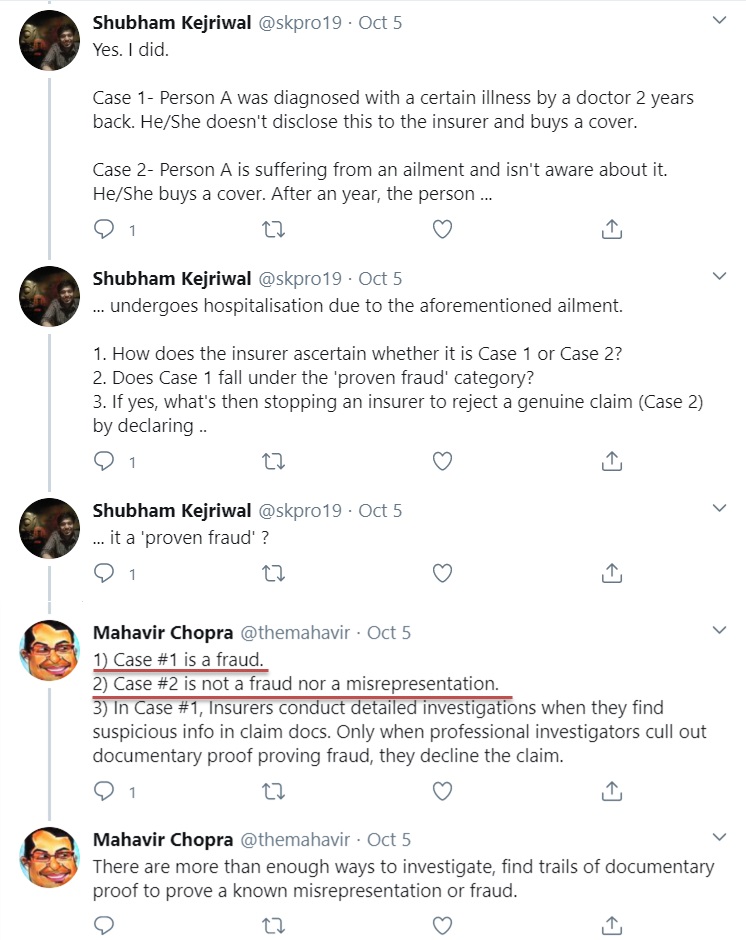 A lot of people who had some serious illnesses like cancer, epilepsy, Chronic Kidney disease, Alzheimer’s Disease were denied any kind of health insurance. They were not even provided cover for other things with these things put as permanent exclusions.

However, this has changed now.

This is important because if someone had Chronic Kidney disease, they can still be hospitalized due to a completely different illness like a brain illness, mental illness, accident, or cancer .. You can’t just completely reject them and deprive them of health insurance.

This clause is not applicable to lifestyle diseases like diabetes, hypertension, etc. because insurers can’t put permanent exclusions on these things as they have almost become part of our life these days, and people like their whole life with these things. More on this in the next points.

Change #7 – Modern treatments to be covered in health insurance

So earlier there was clarity on how much can be the waiting period for various illnesses like cataract, knee surgery, and many other kinds of illnesses. Most of the time it was in the range of 2-4 yrs. and some older policies may have higher than 4 yrs of waiting period.

But IRDA has now made it clear that in no case, it can be more than 4 yrs. of waiting period.

This is good from the customer’s point of view.

However, note that the waiting period of 90 days is only in case you don’t have these at the time of taking the policy. In case you already have them, then it’s classified as “pre-existing illness” in your case.

Also note that if you have recently taken a health insurance policy, then at the time of next renewal this 90 days waiting period will apply in your case and will get covered for you.

Another change is that now in case of domiciliary hospitalization (when you do the treatment at home because of unavailability of hospital beds) the pre and post-hospitalization expenses will also be covered which was not the case earlier.

To read everything in detail, check our IRDA circular here

Increase in Premiums due to these changes

When something improves by a big margin, it’s almost guaranteed that its price will also rise in the same fashion. The same is the case here. Because of all these new changes, the health insurance policies have got more superior and much better & provides more value now.

If you already have the health insurance policy, you can expect the premiums to rise on your next renewal. However, you should take it positively and not feel bad about it.

These changes have happened for your benefit and it’s you who will benefit from it in the future. Health Insurance companies are also bound to incorporate these changes as an order from IRDA.

What is your view about these changes? Do you feel it will help customers?